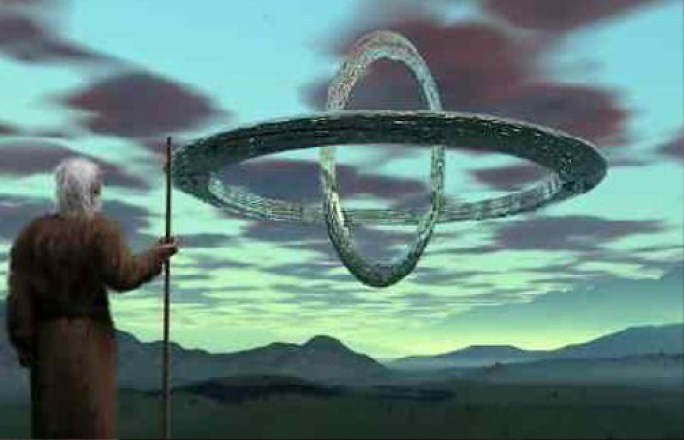 Who gave rise to our culture?
Was it the Greeks and Egyptians which archaelogy has supported for a long time, or was it the Babylonian and Assyrian Empires before Egyptian Era, or should we go all the way back to the founding of the Sumerian Empire in 3000 B.C.?

When findings brought to light thousands of tables with Cuneiform writing on them, Sumerian history revealed other extraordinary information. According to the expert Zecharia Sitchin, the ‘gods’ of Sumer, called Anunnaki (literally meaning ‘those who came to Earth from the skies’) reached our planet about 450,000 years ago to look for mineral resources and gold, which they needed to solve problems connected with the atmpsphere of Nibiru (the ‘gateway planet’).

At Eridu, in southern Mesopotamia, the gods established their first outpost, commanded by ‘Enki’. After 28,000 years, his brother Enlil followed and other towns were established. Therefore, according to Sitchin and to the Sumerian tables, we have learned that the ancient Mesopotamic civilizations were the result of knowledge brought to Earth by the Anunnaki (called Nephilim in the Bible) from Nibiru.

Does Nibiru, the 12th planet that cyclically enters our Solar system by the Sumerian, really exist? The expert provide three explanations about Nibiru:

The probable orbit of the planet Nibiru

Civilization before ‘the deluge’

We are learning from the hidden past about ancient aspects that lead us to interpret the early sources of civilization according to new parameters. Thus, the mith of the Sentinel is confused with the primordial stages of the history of humanity, and Genesis dedicates three verses of ch.6 to be the Ben Elohim (sons of the gods) who noticed that the daughters of men were beautiful so they joined them. The gave birth to the progenies of the Giants, called Nephilim.

However, information about the pre-deluge terrestrial communities is found in the apocryphal book of Hebrew origin: Book of Enoch, Book of Jubilee, Book of Baruk, Book of Noah, Book of the Giants. These books were adopted and used by the Christian Church up until the 3rd century, but were later excluded from the canons because they were consideres to be heretical. St. Agostino affirmed that the Book of Enoch was too ancient to be admitted into the canons. No other copies of the book were ever made again and the existing copies disappeared until 1773, when the Scottish aristocrat James Bruce brought three copies of the book back to Europe From Abyssinia. They were translated into English in 1821 and immediately attracted the attention of Oxford scholars. Today, for many people, all of this has an even greater value.